Shopping Cart
Your Cart is Empty
Quantity:
Subtotal
Taxes
Shipping
Total
There was an error with PayPalClick here to try again

Thank you for your business!You should be receiving an order confirmation from Paypal shortly.Exit Shopping Cart

The Road to Publication

The Road to Publication – Louise Phillips 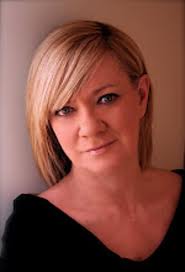 I stopped writing for 20 years, yet somewhere in the back of my mind, I knew one day I would write again.

When I nervously went to my first creative writing class in Old Bawn Community School in Tallaght, in 2005, my life changed. The class, facilitated by Eileen Casey, was my first tentative step back. That night I realised I would never, ever stop writing again. Driving home from the evening class, my head was alive with words. It was as if someone had opened a door to a room I had nearly forgotten existed, but once I walked inside; I met an old friend who had been waiting patiently for me to return.

There are no clear reasons why I stopped writing, and my story is not an unusual one. Like many others, I got married, had children, worked outside the home, paid a mortgage, survived. The intervening years between writing in my late teens, and returning to writing in 2005, were not unhappy years – far from it. But looking back, a part of me – a very big part of me; had been put on hold.

When I finished the 10 week creative writing course, I was eager to see where the journey would take me next. I heard Dermot Bolger, then writer-in-residence for South Dublin County Council, was accepting prose and poetry submissions for workshops early the following year. It was December, and over the Christmas holidays, I set about writing a 1,500 word short story for submission. The story was called The Fall of Snow. When Dermot contacted me to offer a place on the workshop, I was over the moon. I still remember driving into work that morning and thinking, if a writer as wonderful as Dermot Bolger had belief in me, then maybe, just maybe, I could fulfil the writing dream.

The workshops were amazing, and they were the absolute highlight of my week. Writing pieces for submission, getting feedback, and also meeting new friends, writing friends.

Writing is a very solitary process for the most part, and necessarily so, but friends, I’ve discovered are a huge part of the journey. Later that year, I read some of my poetry as part of the Annual Readers’ Day, organised through South Dublin Libraries, and I also joined Lucan Creative Writing Group. The group met every second Saturday morning in Lucan Library. Hidden away in that small room at the back of the library, we shared our work with each other, each of us, developing our craft, and forming yet another step in the writing journey.

After a time, I began sending short stories into competitions. I didn’t always get short-listed, or win, but each small success or failure, became another rung on the ladder of learning.

My first attempt at novel writing happened in 2009. It was a novel I was destined not to complete. I allowed self-doubt creep in – that dark voice within us all - the one that asks ‘Who do you think you are, trying to do this? You can’t be good enough?’ It’s often said that you learn a lot more from failure than success, and I learned from this experience. I learned that you have to shut out those negative voices, that your first draft is simply that, that the joy of writing is not the perceived success at the end, but the absolute love you have for the craft during the creation.

In the New Year of 2011, I finished my first draft of RED RIBBONS, my debut psychological crime thriller. At that point the only home my manuscript had was on my own pc. I had no idea if it was any good, but I was still proud of myself. At long last I had finished a novel. The story had a beginning, a middle, and an end, and even if the world didn’t like it, the only thing that mattered to me, was that I had finished it.

After nearly seven years of working on my craft, with many success and failures, I submitted the manuscript for publication. I had done some research into the submission process, and decided to send the script to an agent who specialised in literary crime.

When I heard my novel, Red Ribbons, would be published, it was the most incredible feeling in the world. Then in September 2012, Red Ribbons finally hit the shops, becoming a best seller in the first week. A great many things formed the inspiration for Red Ribbons, but as a parent, the fear of something dreadful happening to my children at the hands of a stranger, was partly the reason why the story came to be.

I’m one of those writer for whom the characters become real, become part of my life. There are dark elements in the story, human emotions are tested, but I believe there is also so much more. To the best of my ability, I tried to explore human frailty, strength, love and loss, and I hope in the end, Red Ribbons, reflects a lot of light within the dark.

Above all else, writing stories, creating characters, I had the opportunity to fulfil a dream I’ve had since I first fell in love with books as a child. Growing up, our family didn’t have a lot of money. We couldn’t afford to buy books, but every week my mother would bring us to the library in Rathmines. I still remember the day I got my first adult library ticket, shortly after I made my Confirmation at school. Walking through the double doors of that beautiful library in Rathmines, I remember feeling a whole new world had opened up for me, the world of adult literature.

The first sentence of my acknowledgements for Red Ribbons, says, ‘The creation of a novel begins long before the first word is written.’ The beginning of my novel writing journey began on the stone steps of a very old but beautiful library in Rathmines.

In 2013, my second psychological crime novel, The Doll’s House, will be published by Hachette. None of us can see into the future, but I’m living proof, that it’s never too late. There are no guarantees - there never are, but if you have a passion for writing, or an idea you want to try, well I’m testament that you can at least give it your best shot.

Oops, you forgot something.

The words you entered did not match the given text. Please try again.